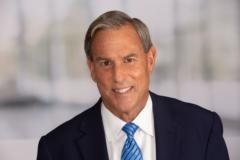 Mitch joined Savills North America as President in 2019 and was appointed Chairman and CEO July 2020, bringing more than 30 years of outstanding leadership in the commercial real estate industry. Over his distinguished career, Mitch has served in a CEO capacity at three major real estate firms—and successfully guided each through periods of rapid growth and dramatic transformation by prioritizing strategic management of finances, operational logistics, client representation and market positioning. During Mitch’s tenure as CEO of Mack-Cali Realty Corporation, he was instrumental in repositioning the company’s portfolio. As a result, the firm’s stock rose by 58%, its funds from operations (FFO) grew by 17.5% and office occupancy increased by 800 basis points. Prior to Mack-Cali, Mitch served as CEO and President of U.S. Commercial Operations at Brookfield Office Properties. Mitch was responsible for overseeing a strategic plan and rebranding effort for Brookfield’s 50-million-square-foot portfolio of 80 buildings spread across the U.S. that resulted in exceeding or meeting goals in every year of his tenure. Before Brookfield and Mack-Cali, Mitch spent two decades at CBRE (successor to ESG and Insignia). As CEO and President of CBRE’s NY Tri-State Region, Mitch doubled the region’s revenue. Earlier in his tenure there, Mitch was actively involved in M&A activity and oversaw office, industrial and retail brokerage activities across the U.S. as President of Brokerage Services, while exceeding each year’s revenue budget.

Mitch is on the boards of the NYC Police Foundation and NYU Schack Institute, as well as a member of the Bank of America New York Private Wealth Management Advisory Committee and Governor of the Urban Land Institute. He is also a national council member of the American Israel Public Affairs Committee (AIPAC), where he served as NY Real Estate Chair for two years. In addition, Mitch serves on the board for the Police Athletic League and St. Francis Friends of the Poor. Mitch has been awarded Person of the Year honors from multiple organizations. In addition to his degrees, Mitch completed executive leadership programs at both Harvard Business School and Columbia Business School.